Last week I went to the 2015 Winter NAMM show, a nice ending for my vacation. I'm not a reporter, so this is not a comprehensive report of the whole show. But I did see a few cool things that might interest some of you.

This is old news for some of you who live in bigger cities, but this was my first time using Uber for transportation. My hotel was over a mile from the convention center and last year I walked to and from the show.

This year I used Uber, and it was like magic. I had drivers of all ages, races, cultures, and experience levels. They were all pleasant, had clean cars, and acted with great professionalism.

The service is incredibly efficient, making it possible to get from point A to point B with very little fuss. I know this has nothing to do with guitars, but the experience was so good I had to write about it. 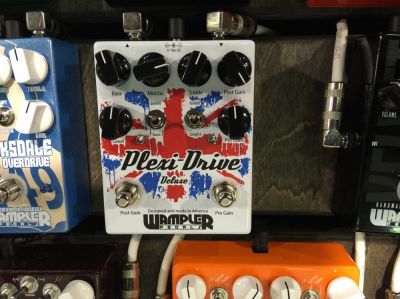 Soon after TXBA launched in 2014, I reviewed the Wampler Plexi-Drive for Tone Tuesday. I really liked that pedal and was excited to see what Brian had come up with for the Deluxe version.

The Plexi-Drive Deluxe is different in two key areas:

I spent about 10 minutes playing with it, and it sounds exactly like you'd expect. The expanded tone controls allow many more sounds than the original. The boost thickens the sound and pushes the Plexi circuit far past what the original was capable of.

Should you buy it? That depends. If you've got the original PlexiDrive, you can simulate the functions of the Deluxe by pushing it with a midrange style overdrive set to low gain, high volume. You won't get the flexibility of the 3 band tone controls, but you'll be in the ballpark.

But if you don't already have the original PlexiDrive, the Deluxe is worth the extra money if you can afford it. 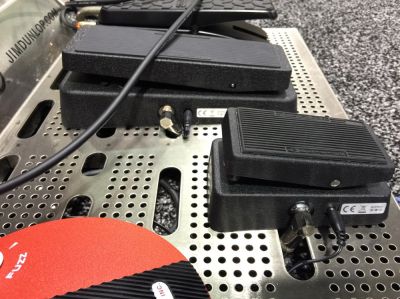 Wah pedals are something I've wanted to love, but have mostly been frustrated with. They're bulky, heavy, and designing a pedalboard layout around them is inconvenient.

Enter the Dunlop Cry Baby Mini Wah. My initial thought was 'wah pedals are big for a reason'. I was sure this tiny wah would be difficult to control.

When I first stepped on it, I had to get used to my foot being bigger than the pedal - you actually have to think about foot position. But once I got used to the size, it was surprisingly natural to control. I hope they adopt this form factor for more wah models. 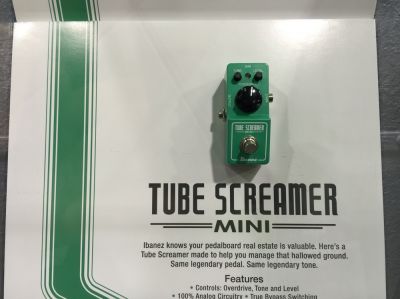 I could not try this pedal, because the Ibanez booth is for looking only. But I thought this was a fascinating idea. There's no reason this pedal couldn't sound every bit as good as a regular Tube Screamer. Personally I don't like mini pedals because I have large feet. But if you've got a small board, this might be a good way to reclaim some space.

The Fuchs ODS series of amps has been around for over a decade, and during that time Andy has gotten a lot of feedback from players.

That feedback has directly influenced the design of the ODS-II, their new flagship amp. It's not cheap, but it's got more features than you'd think could be packaged into an amp this small.

Andy explains it all in this video, and Eric Gales provides does some insane playing to accompany. 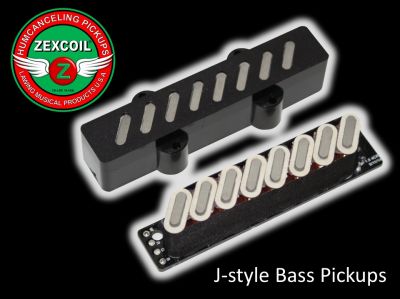 You all know my affection for Zexcoil pickups, they’re in pretty much every video I make. And soon they’ll be available for bass. I had a great time hanging out in the Zexcoil booth, both playing and explaining the pickups to interested passers-by. 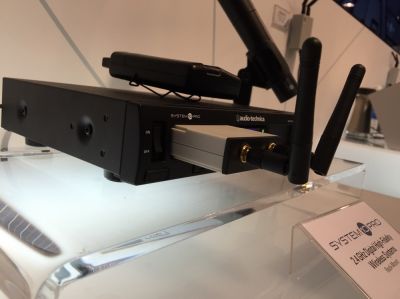 The System 10 Pro from Audio Technica is a 2.4 GHz wireless system with a few tricks. The receiver antennas are packaged into modules, and each reciever chassis can hold two modules.

The antenna modules can also be mounted remotely, connected by ethernet to the chassis. This allows you to rack mount the chassis, and mount the antennas in a position that maximizes reception strength.

Another big feature: 5 receiver chassis units (10 receiver channels) can be daisy chained via phone line. When connected, the units will “talk”, ensuring they don’t interfere with each other.

A single receiver chassie, with two antenna modules, and two wireless handheld microphones will sell for $799. 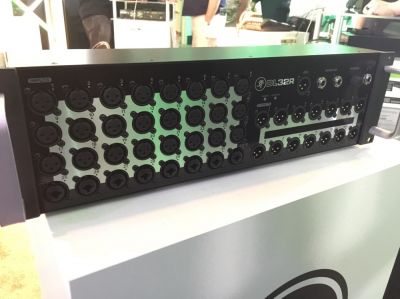 This was one of my favorite things from the show. The Dl32R is a headless, faceless mixer. It’s just a big box with connectors.

So how do you.... mix? Glad you asked. All mixing is done vie an iPad, wirelessly.

The mixer can be installed wherever is most convenient. It connects via Ethernet or Wifi to your network. Mackie’s control software runs on an iPad, or iPhone, and you perform all your mixing functions from there.

So that’s it, not a comprehsive review, but just the highlights. The best part about the show for me was seeing my friends, and enjoying the energy of the musical industry. The trip was inspirational, refreshing, and now I am ready to get back to work.

Here's a gallery of all the random images I took during the show.