The Top 5 SRV Performances Of “Tightrope”

When I was in college trying to learn as much SRV material as possible, bootleg recordings were hard to come by. You had to know a guy who knew a guy, or pay top dollar at an independent music store that imported them from overseas. That is how I came to pay $52 for SRV's final concert recording from Alpine Valley in the late 90's.

Today you can find that show (and many more) freely available on YouTube which makes it possible to hear a much wider range of performances of each song. I've always been fascinated by how Stevie's live performances of Tightrope were much better than the studio recording, so I decided to find the five best performances of that song on YouTube.

Like a lot of things in life, this turned out to be harder than I initially expected because of the sheer number of bootlegs available. So I used a couple guidelines to narrow the list down.

What Makes A Great Performance of Tightrope?

The verse and chorus sections of Tightrope are pretty straightforward, so I'm mainly listening to the two solos in each performance. Specifically, I'm listening for interesting things that aren't heard on the studio recording.

With those criteria in mind, here are the 5 performances that stood out to me (in order of display below).

If you'd love to learn to play like that, you'd love our course called Breakneck Pace.

This course is a Tightrope style soloing course for players of any skill level. How? By teaching you the same solo at three different skill levels.

The Beginner solo starts slow, the Intermediate solo adds some difficulty and a bit of speed, and the Advanced solo is a barn burner. Each solo lesson can be purchased separately so you can buy only the lesson that matches your skill level best.

You can preview each of the solos on the course page. 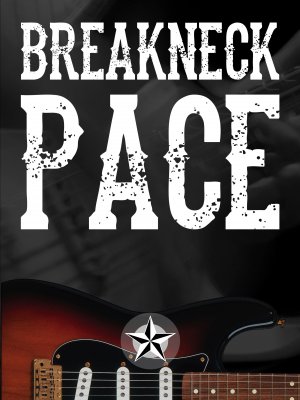