The Difference Between Mini-Courses and Full Courses 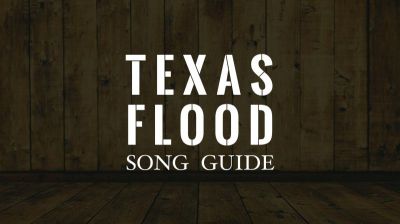 Among the many new things at TXBA this year, most of you have noticed a new form of content called Mini-Courses. These smaller courses will play a large role at TXBA in the future so I wanted to take a minute and explain more clearly what they are, but also clear up what they are not.

First, letís review what a Mini-Course is.

A Mini-Course fills the gap between Full-Courses and Free Lessons.

Mini-Courses blend the free/paid concept in this way:

But the most important distinction, and the main reason Iím writing this post is that:

Read on to find out why.

My Goal For Mini-Courses

I had two goals in mind when I came up with the concept for Mini-Courses.

Because of these two goals, production of Mini-Courses must be:

My ultimate goal is to produce a Mini-Course every two weeks. In order to do this, the production process has to be as efficient as possible.

DVDs and Tablature are not simple, efficient or inexpensive to create. They take a lot of time, they complicate the production process, and they cost money - lots of money. They work against both of my goals for Mini-Courses. I am committed to producing Mini-Courses regularly AND producing Full Courses several times per year, but I canít put the same amount of work into both types of content.

So Full Courses will have tablature and theyíll come out on DVD. Mini-Courses will be download only, and without tablature. This will allow me to teach on more topics in less time and charge less.

The History and Birth of Mini-Courses

Prior to launching TXBA in May 2014, I spent 6 years producing Full Courses and Free Lessons at StevieSnacks.com.

Donít get me wrong, I LOVE the SRV Style Solo Matrix. Thereís nothing like it anywhere in the world. But two years is a very long time to teach on a single artist.

When I launched TXBA it dawned on me that there were plenty of topics I wanted to teach on that wouldnít fit in a free lesson, but also didnít require a full 2 hour Full Course. Thatís when the idea for Mini-Courses was born.

2014 has been a year of new things. The TXBA Site, Tone Tuesday, Free Lesson Friday, merchandise, the new TXBA Store, all of these things had to be invented this year. And there is still a huge piece of TXBA that Iím still working on.

When the dust from 2014 settles and TXBA is finally complete, Mini-Courses should begin rolling out every two weeks. Iíd also like to produce a Full Course every couple of months. The end result will be more lessons on more bluesy topics that teach more guitarists things they want to learn in less time than I could before.