Jan 29th, 2013
This post was originally written on the StevieSnacks.com blog.

My trip to Winter NAMM was simply great. My focus for this trip was people, and in that regard it did not disappoint. I looked at, and tried, much less gear than my last time attending (2011) and that made the entire trip more enjoyable. First some pictures. 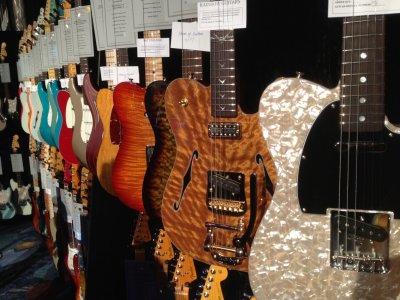 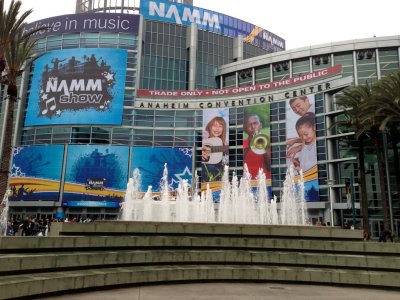 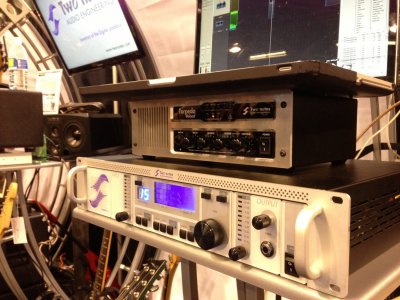 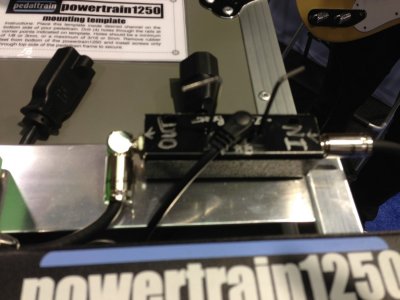 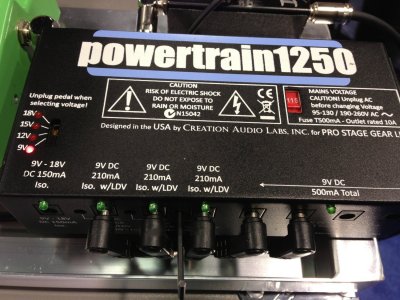 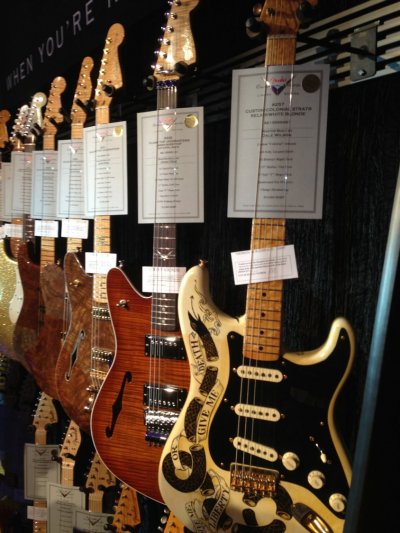 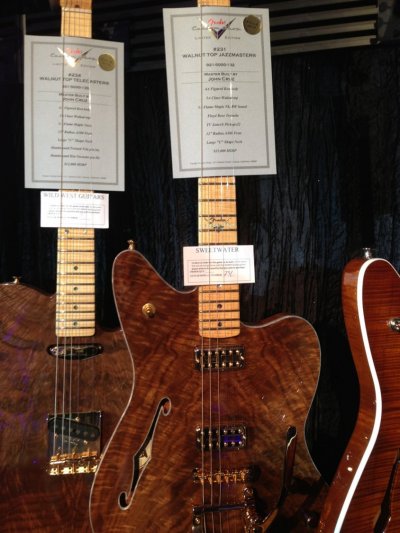 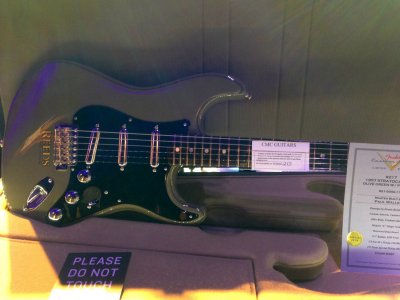 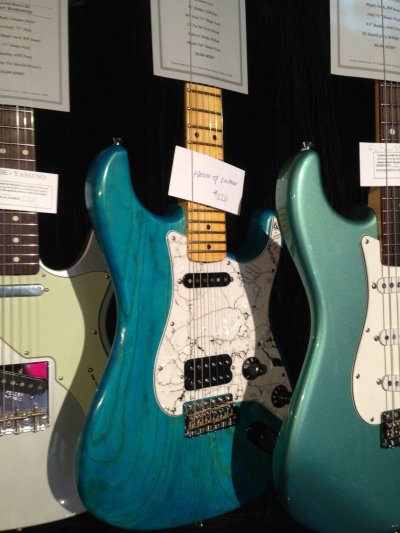 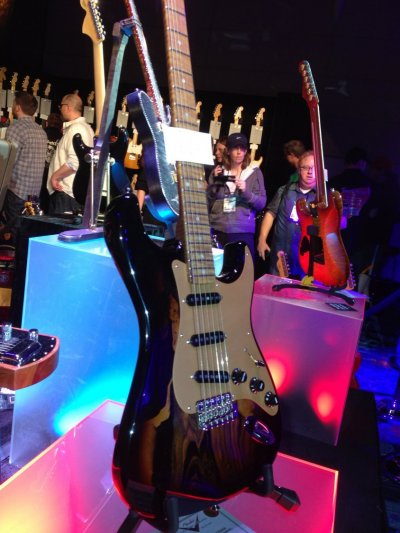 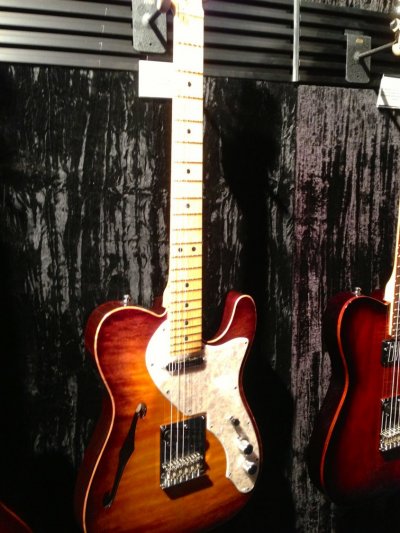 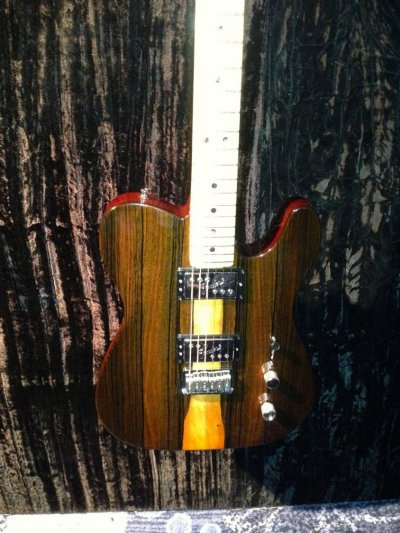 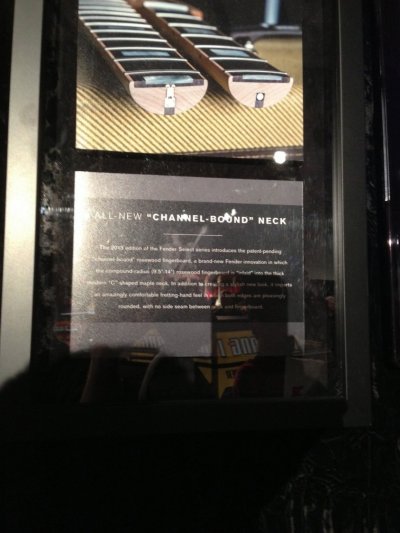 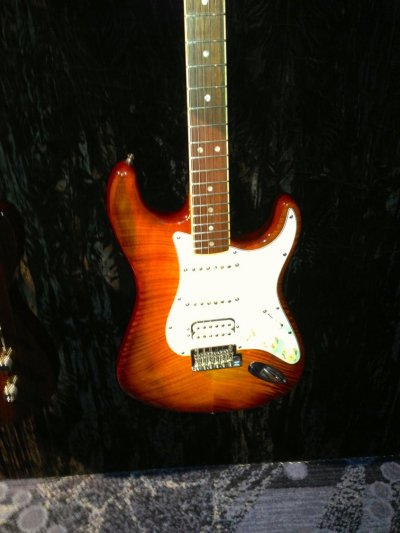 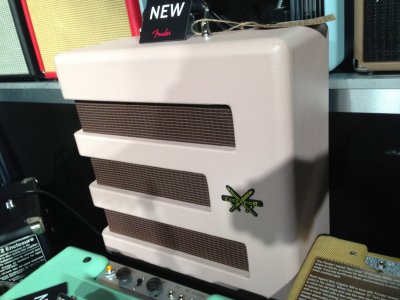 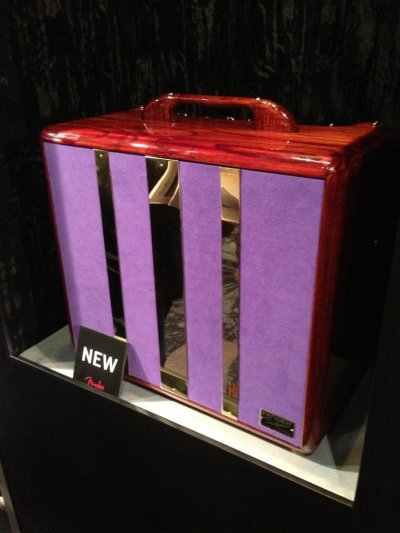 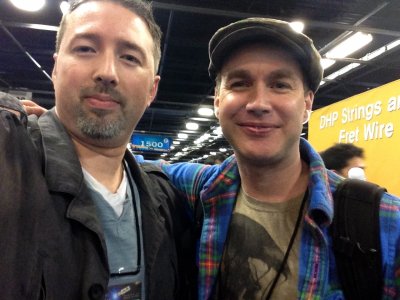 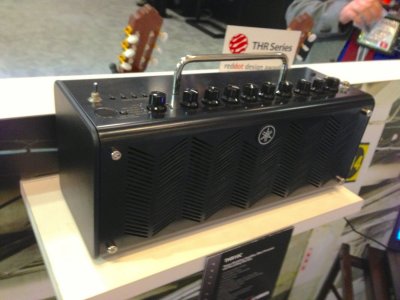 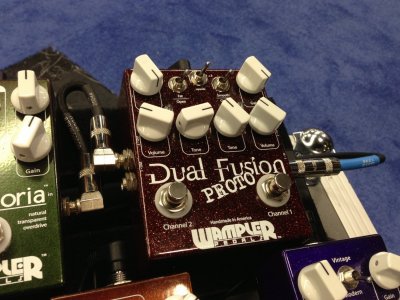 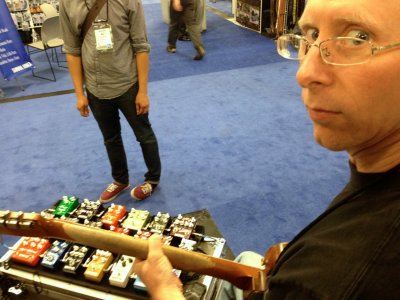 The biggest difference between my 2011 and 2013 trips was the amount of people that I knew at the show. My first day was filled with fulfilling, interesting, and inspiring conversations with people who all "get" StevieSnacks. Some were customers, some were other online teachers, and some were contacts from other companies.

I had lunch with Griff Hamlin on Friday, Robert Renman on Saturday, and spent some time chatting with Justin Sandercoe on Saturday afternoon. This was one of the highlights of my trip.

Yes, one of the highlights of my trip was meeting, and talking with what many people would consider my competition. I don't see it that way. For me, this was a once-in-a-year opportunity to talk to people who do the same thing I do and understand it the way few people can.

I talked about video editing techniques and advertising with Griff, lesson series planning and catalog building with Robert, and the benefits of being an independent success with Justin. Each of these guys are humble, appreciate their audiences, and are great teachers to boot.

I did also see some pretty cool gear at the show too. While there was more gear than you can imagine, I focused my attention on the products made by people I know.

Created with input from Tom Quayle, the Dual-Fusion is like a Euphoria Overdrive (formerly Ecstasy) combined with a Paisley Drive, with tweaks. Hearing anything at NAMM is difficult, but it's not hard to hear that this is a great sounding pedal. I love the Euphoria, and if this pedal shares any part of that build I have no doubt it will be spectacular.

On a personal note let me add that Brian and his crew are some of the nicest people I've met in the "industry". He has always treated what I do with respect, before I even showed up on other people's radar. If you care about buying the best from quality people, you can't get any better than Brian and his crew.

Built by Creation Audio Labs, the PowerTrain 1250 is an impressive feat of engineering. Weak battery modeling isn't new, but as far as I know this is the only power supply that can imitate battery sag as a function of impedance changing by frequency. In layman's terms: if you have a pedal that is highly sensitive to batteries, instead of hitting that "sweet spot" for a brief moment as the battery ages, you can lock it in with the PowerTrain 1250.

They gave me a demo of this feature with a Tube Screamer, a pedal that is weirdly susceptible to battery impedance. As they turned the dial, the sound of the Tube Screamer morphed from overdrive to near fuzz. I'd never heard anything like it. In reality, you wouldn't buy this to make your Tube Screamer sound like a fuzz pedal, but it was a great demonstration of what this power supply can do for pedals that sound best at a particularly sweet spot in the life of a battery.

The Creation Audio Labs team comes at this from a pro-audio background, so it's no surprise that this power supply is built like a tank, has isolated outputs, and can power practically anything you put on your board. The best part (for me) is that it is designed to mount right between the rails of a Pedaltrain Pedalboard, the only kind that I use. My Power Brick's days are numbered.

Another cool thing from the Creation Audio Labs team is an update to their Redeemer buffer circuit. One of the complaints people can have about a buffered pedal is that the tone is actually too bright. This of course is subjective, but when you're used to the sound of lossy cables, the sound of a well-buffered signal chain can be startling.

The prototypes at the show had a tiny dial that addresses this 'problem'?ù by allowing you to change the impedance with a tiny dial. This affects the brightness of your tone. The unit is quite small and unobtrusive. This is important because they are proposing a two-unit setup. The first unit would install as the first 'pedal'?ù on your board, buffering your guitar from the other regular pedals. The second unit would be installed as the last 'pedal'?ù on your board, buffering your amp from your last regular pedal. I'm interested to see what practical difference this would make because I've never paid much attention to buffering and impedance matching between my pedals and pickups, or between the pedals and amp.

I own a Yamaha THR5 (little brother to the THR10) and I love it. Apparently many other people loved these amps as well because Yamaha is doubling down on the concept by adding three new models this year. The THR10X is targeted at high-gain players, the THR10C is targeted at single channel, lower gain players, and the THR5A is targeted at acoustic players.

I played through the THR10C for about 10 minutes and was thoroughly impressed. Yamaha is serving a specific market with these products and rather than build an amp that does everything, they've built amps that do a couple specific thing very well. Many players play guitar in front of the computer. They don't need a high powered amp, but they do want something that sounds great. They want to play along with lesson videos, jam to music on their computer, and they don't want to set up a microphone just to record.

So that was my trip to NAMM 2013, lots of great people, a few pieces of interesting gear, and a much needed opportunity for me to get out of my small town and interact with my people. It was one of the best trips I've ever taken.