How To Kill The Blues

May 20th, 2012
This post was originally written on the StevieSnacks.com blog.

(This is satire, meant to make a point. I am not trying to kill the blues. You've been warned.) 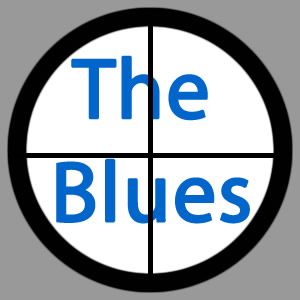 But let's say for the sake of argument that I hated blues and wanted to kill it. Let's imagine that there are others like me and we all want to see the blues, as an art form, diminish to the point of obscurity.

Here's how we could do it.

We will never kill the blues unless we manage to separate it from pop culture. We must turn the blues into a fringe art, we don't want any mixing of cultures.

To do this, we must accomplish two things.

Why start with musicians? Because our ultimate goal is to make it impossible for people to find blues music. To do that, we must discourage as many people from playing it as possible.

There must be no middle ground on this point. You are either with us, or against us. If you even hint at having a hit song that's not real blues, we will cut you off. You must accept that playing blues is the only thing you can do, or you're out.

When a pop star decides they can simply "play some blues" we will humiliate them. We'll question their motives, their experience, their talent, and most of all, their respect for the art form.

We want to send a clear message: if you're not dedicated to 100% pure blues, you are not welcome here. We don't need you, we don't want you. Stay out.

We must keep young people out. If we're going to kill the blues, it must die with our elderly. Young people have an annoying tendency of leading long, productive lives, and we don't want the blues to straggle on any longer than necessary. So we must discourage young people from attempting to become "pure" blues musicians.

Young people are impressionable, so we'll do this using shame. We'll say they're not playing real blues because they haven't lived the blues. If they want to play real blues, they have to pay real dues.

But the secret is, THEY CAN'T. I know, it's brilliant. Especially if they were born with money, and a good family. They simply cannot pay enough dues to become "approved".

Ultimately, becoming an 'approved' blues musician appears an impossible task, so the youngsters will give up and start playing rock-and-roll. That's good, we want them to stay there. We want them to look back in anger and resentment over how unwelcome they were. If they make a vow never to play the blues again, that would be fantastic.

There's no room for you in the blues young person, move along.

The last thing we need to do is keep our "pure" blues artists inside our "pure" blues fence, preventing their music from attracting any new fans. We must prevent them from fraternizing with the enemy.

There will be no collaborations with non-pure blues artists, no "mixed" albums. If they do it, we'll hit them where it hurts.

We'll call them sellouts, and talk about how good their music USED to be. Let them know they cannot come and go as they please. If they're in the blues, they must stay in the blues, or GET OUT, SELLOUT.

What we've done is remarkable. We've isolated the blues, and turned it into an art form that is self-limiting. It's almost impossible to get in, and once you're in, you're not allowed to leave.

This will naturally limit the size of the listening audience. There will be no blues AND rock concerts, only blues concerts OR rock concerts. If you want blues, you'll get only blues, so you better be prepared for 3 hours of 12-bar progressions in E, or don't bother coming.

This will isolate the listening audience, making it very hard for new people to join. We will have effectively removed their handicapped on-ramp into the blues. No ramp here, just a big loading dock, I hope you can climb. There's no easy way to get into blues, you either like it or you don't. And if you don't like it, screw you, go home.

Now we've got an isolated, aging art form, an isolated, unwelcoming audience, and we're ready for extinction to begin.

It will start with slowly shrinking crowds, first at the local bars, then at the small festivals, and eventually the large festivals.

Fewer people will come to the bars because they prefer a little rock in their blues, which we've eliminated with our "purity" clause. This will marginalize, then kill the blues in many smaller cities. Once the local blues scene is dead, it will become much harder to do any sort of touring as a 'pure' blues musician.

Smaller blues festivals, which usually depend on more affordable local talent will shut down. There simply won't be any local bands, the local listening audience will have disappeared, leaving very little money to hire any of the few remaining successful acts.

The blues will recede to the big cities, disappearing from rural areas all together. Within the cities, it will last a bit longer. When facing severely limited touring options, the remaining bands will stay at home, and try to fight it out in the remaining "pure" blues clubs.

There simply won't be enough money to go around, and the bands will start disappearing one by one. The big name artists will still tour for a while, but let's face it, in 10-15 years, they're getting older and, well.. you know....

Nature, it seems, is on our side in this fight. In the classic struggle between supply and demand, nature provides an unquenchable demand for extinction, all we have to do is choke off the supply, and the rest will work itself out.

Since some people are misinterpreting this post, let me make my point very clear. I could care less what you think of John Mayer, Joe Bonamassa, Kenny Wayne Shepherd or any other 30-something that makes a combination of blues and rock, or blues and pop.

But some day, you might meet a kid who found his way back to Albert King because he first heard the blues from Kenny Wayne Shepherd. Or B.B. King through John Mayer. It's happening more than you think whether you like their music or not. I think that's worth celebrating.