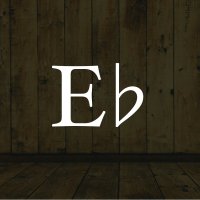 If youíre a newcomer to TXBA, thereís some history here that will help explain why many of my older lessons use E-Flat tuning.

But as the site grew, I branched out into more general topics like fretboard navigation, and began teaching the style of other artists. I began to question my tuning choice. Should I stick with E-Flat tuning, or should I use Standard tuning for these non-SRV courses?

Then the vision for Texas Blues Alley began to haunt my waking hours. From January until late April of 2014 I began to make that vision into something real. Along the way I revisited the issue of tuning.

E-Flat tuning is annoying for some people, but from a business standpoint it is much worse to be forgotten than to be annoying. E-Flat tuning got peopleís attention, and I was honestly afraid that dropping it would make my site less unique and more forgettable.

After much thought on the subject, the solution became obvious. The vision for TXBA had a lot of unique things in it. I wanted to be known for those things, not for my tuning preference. So I chose a pragmatic middle ground.

My default tuning for lessons and courses will be Standard tuning unless the artist/song Iím teaching from used E-Flat tuning. (When I am doing gear demos and/or performances, I will use whichever tuning I like.)

So if you run across a free lesson or a full course made during the StevieSnacks era, thereís a 99% chance that it uses E-Flat tuning. I totally get how annoying that is for those of you who arenít used to it. If you decide not to watch or buy, it wonít hurt my feelings.

All I can say is that those lessons were born in a different time when E-Flat tuning made sense. At that time I never would have guessed that Iíd end up here, writing this for you :-)